With a vision to celebrate and promote London as the design capital of the world, and celebrating 10 years with the V&A as the Official Festival hub, London Design Festival presents “Memory & Light” as part of the 2018 programme at the Museum. The commissioned project has been developed in collaboration with audio experts Harman Kardon, composer Arvo Pärt, and esteemed UK designers, Arup. Located in the magnificent Norfolk House Music Room at the V&A, “Memory & Light” will showcase a meeting of outstanding and innovative music and design.

Harman Kardon is admired by audiophiles, musicians and regular consumers alike, with a history of producing industry-leading audio products. Chosen because of its reputation in the space, Harman Kardon’s new line of  Citation speakers will play Arvo Pärt’s “Spiegel im Spiegel” (Mirror in the Mirror) and other songs at the exhibition. The new range of speakers, launched at IFA 2018, combines superior sound performance and breathtaking design with state-of-the-art control and streaming services. 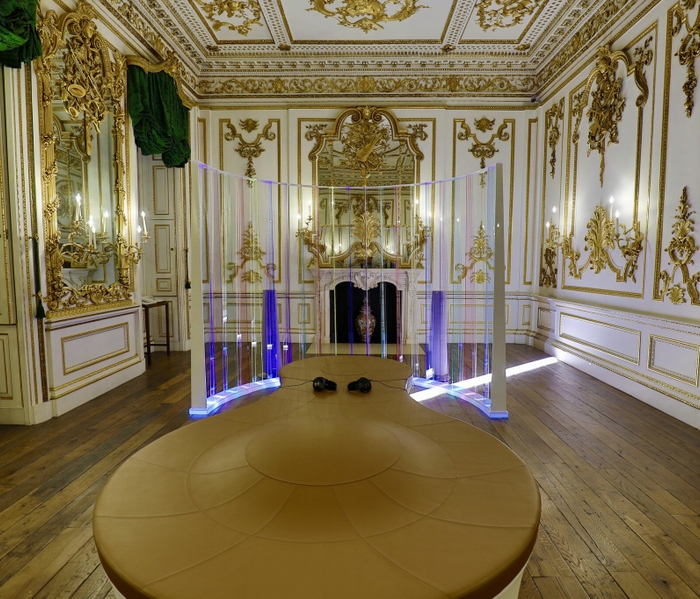 The design heritage of Harman Kardon is similarly built on decades of products that boast an unmatched level of sophistication. The new Citation range shares the brand’s signature industrial design while adding a series of additional elements, such as aluminium detailing. The choice of either Heather Gray or Black wool fabric by Kvadrat, a European leader in acoustic textiles, adds a sleekness and style befitting the marriage of design and music that is the focus of the exhibit.

Curated by London-based writer and independent curator Clare Farrow, the installation combines the Citation speakers’ audio and aesthetic qualities with Pärt’s iconic compositions and the innovative design concepts of Arup. Inspired by Pärt’s description of his music as white light “which contains all colours” and how “only a prism can divide the colours and make them appear; this prism could be the spirit of the listener”, “Memory & Light” will feature a transparent curved light screen and luxurious bench for listeners to sit and experience the composer’s music.

“Memory and Light is an innovative encounter between music and design in an interior that is regarded by the V&A as a work of art in its own right,” says Clare Farrow, Curator.

Pärt, who was born and now lives in Estonia, though has previously spent time in Vienna and Berlin, is the most performed living composer in the world, whose unique “tintinnabuli” compositional style is revered in the world of classical music, and beyond. His collaborations are rare, though his 2015 partnership with painter Gerhard Richter at the Whitworth Art Gallery was a huge success.

The engineering expertise of Arup is similarly revered throughout the world. Founded in 1946 by Ove Arup, its first project was the penguin pool at London Zoo. Since then, it has created installations around the globe, and was itself the focus of an exhibition at the V&A in 2016 entitled: “Engineering the World: Ove Arup and the Philosophy of Total Design”.

Rarely will three leaders in the fields of music, audio and design meet in one place to present such a distinctive project, combining visuals and sound to produce something totally innovative and unique. Visit “Memory & Light” from 15-23 September 2018.