For the second year in a row, HARMAN has partnered with BMW i through Harman Kardon to sponsor the MS&AD Andretti Formula E Team in the fourth season of the FIA Formula E Championship. The open-wheel electric street racing series recognized by the Fédération Internationale de l'Automobile (FIA) as the highest class of competition for electrically powered vehicles. This season, 20 drivers representing 10 teams will compete in 14 ePrix around the world, and the kick-off double header races on December 2 and 3 in China have just set the tone for Season 4 amid major media and social media buzz. 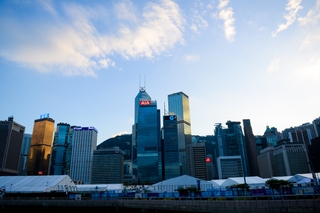 Looking ahead, the Formula E Championship will race on until the end of July through the streets of some of the world’s most iconic cities, including Hong Kong, Marrakesh, Santiago, Rome, Zurich and New York. HARMAN’s “Driving the Sound of the Future” campaign will be front and center with Harman Kardon audio demos and social media outreach showcasing the people and ideas that drive and inspire the racing world.

HARMAN’s brands such as Harman Kardon are known around the world for beautiful sound and a sophisticated aesthetic. Harman Kardon integrates environmentally friendly design, the ethos of the Formula E series, along with peak performance audio for cars, teams and drivers. 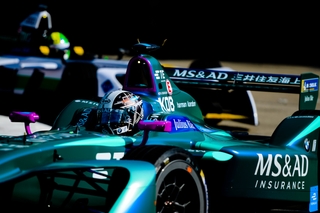 Led by racing legend Michael Andretti, Andretti Formula E is one of the founding members in the all-electric racing series. The team announced a partnership with BMW at the start of Season 3. Music has also played an important role for the team since Season 2, when MS&AD Andretti began creating a Spotify playlist for each race on the Formula E calendar featuring a unique mix of songs, including local artists from the host country for each race. The playlist will be played in the MS&AD Andretti garage area each race weekend through Harman Kardon’s advanced audio technology. 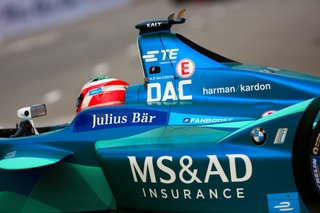 “We are delighted to be joining forces for the second time with Andretti Formula E in the FIA Formula E Championship,” said Mathias Brand, Sr. Director, Global Marketing European Customers for Automotive Audio at HARMAN. “Our ongoing collaboration with BMW i and MS&AD Andretti is an extension of our longstanding partnership with BMW and an ideal occasion to underscore our shared values, including innovation, efficiency, sustainability, and an unwavering commitment to delivering the ultimate in-car experience.”

Check the racing calendar on the Formula E website for more details on dates and race circuits: http://www.fiaformulae.com/en/calendar

We’re All Ears for No Shark Fins—Smart Conformal Antenna