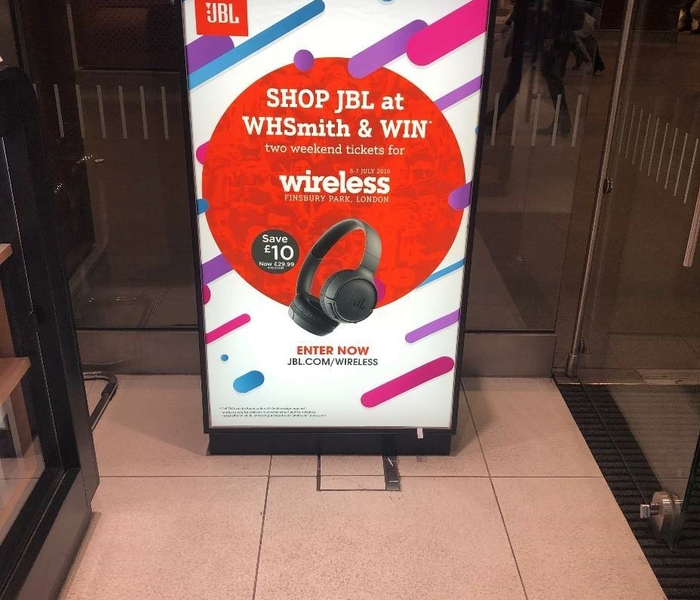 For the second year running this July, JBL partnered with Wireless festival in London, UK, to create a one of a kind activation this summer. Wireless is the UK’s biggest urban music festival which hosts artists from both sides of the Atlantic in genres such as Hip Hop, Grime and RnB, held from the 5th to the 7th of July.

JBL UK ran an in store activation in 135 stores across 3 key retailers and social competition to give customers a chance to win tickets to Wireless Festival, for a total of 7,276 entries and 260,000 views across own and influencers posts.

In partnership with the festival, we also run the campaign “Sounds of Wireless”, consisting in a series of mini documentaries of Urban artists featuring JBL LIVE headphones, before a series of special live performances to create a buzz in the lead up to Wireless Festival. The episodes, featuring producer Steel Banglez, male and female artists, are going to be distributed soon after the event. 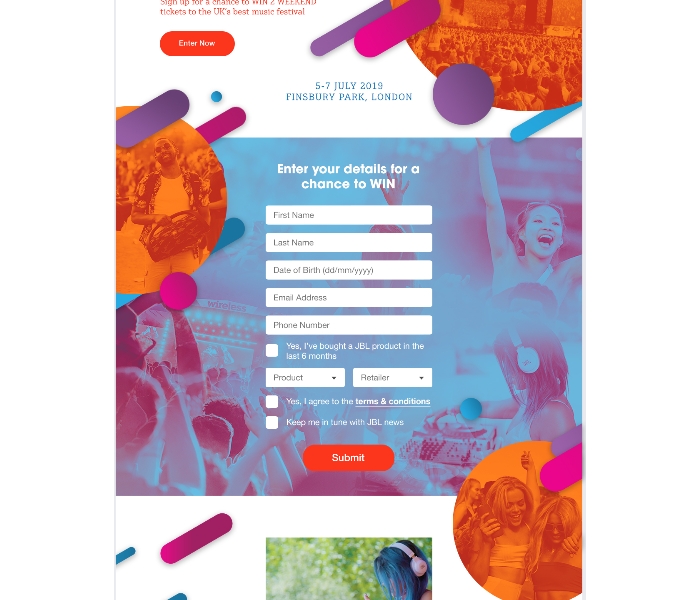 At the festival, JBL ran a ‘Chill & Charge’ area on site for the 120,000 attendees with seating including charging facilities, a DJ, a shop to purchase JBL products and a VIP section with an upstairs terrace to view the stage. 23 influencers attended, posting over 200 stories and posts, reaching over 30 million estimated impressions across pre-content (using Google Assistant queries with the headphones) and during the event. Our own social media wasn’t short, with a total reach of just over 7 million impressions including social posts, GIFs and Snapchat filters, and more to come from the campaign after the event.