Take Me Out to the Stadium

The business of sports has changed drastically since the last century. These changes are wide-ranging and happened much faster than many people predicted. In the late 1990s, there were relatively few options for sports fans to watch games, especially if one was not living in the area of their favorite team. As a NJ Devils hockey fan living in Florida, I purchased DirecTV for the sports options. DirecTV also did that for the NFL, NBA and MLB. This ability changed the revenue model of sports. 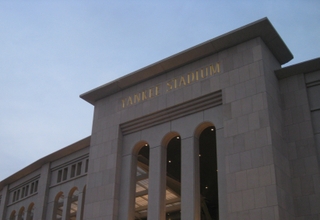 People were not going to games as often. Watching at home one could have a similar, if not better, experience compared to being there. There are rules in place to limit broadcasting if a game isn’t sold out. People still weren’t going, empty stadiums look bad on television and the need for fans in the seats is large. The teams and stadium owners looked to revitalize the stadium experience through upgrades and new stadiums.

HARMAN Professional Solutions is involved in these changes in multiple ways. A key feature of the new stadiums is luxury suites. The suites include various solutions from HARMAN, making the guest experience unique and comfortable. Harman/Kardon Audio Video Receivers paired with JBL Loudspeakers provide in-suite surround sound or background music paired with an AMX control system to simplify control of the suite systems. The AMX system offers the ability to integrate suite operations seamlessly. From controlling the temperature and adjusting the lighting to ordering more food, the AMX solutions create a single interface for the guests. 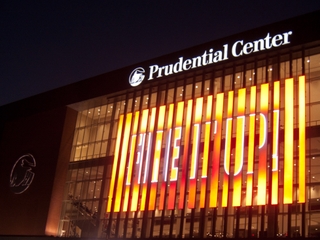 Technology from HARMAN is not solely in suites; it is also in the seating areas. The ability to order snacks and drinks from a seat via an AMX touch pad ensures that people will not miss any part of the game. JBL Professional loudspeakers are the most visible portion of the audio system for most people. JBL Professional audio experts work with the stadium designers to select loudspeakers that meet the acoustical needs of the space. Many of these systems have pushed technology through custom loudspeakers. That research is applied to all JBL products.

Loudspeakers are just one portion of the system. HARMAN provides the rest of the audio system. Power for the system comes from Crown amplifiers. Routing, equalization and levels are controlled through BSS DSP solutions. Soundcraft mixing consoles provide mixing for the AKG wireless microphones and video board audio material.

HARMAN also provides entertainment lighting with moving lights as well as architectural effects lighting. The video content for digital signage is a combination of AMX hardware for content management with SVSI technology for transporting high-quality video via a standard Ethernet network.

HARMAN is able to make the experience of going out to the stadium more memorable through entertaining the crowd. HARMAN’s role is not just in entertainment; we also help manage the experience. HARMAN’s Connected Services are able to monitor the entire facility, providing information about how people are interacting with the building. Being able to know that there is a line at one concession stand, Connected Services solutions can change the AMX signage system to direct guests to less-busy areas.

The technology of HARMAN makes the experience of going to the stadium better than sitting at home. 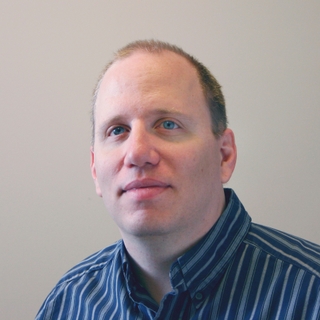 Bradford Benn is a Solutions Manager for HARMAN Professional Solutions, specializing in Themed Attractions. Being involved in the AV industry for more than 25 years, he has a wide range of experiences to draw from. Before joining HARMAN, he was an integrator, designing and installing projects ranging from conference rooms and classrooms to houses of worship and theme parks around the world. He has been involved in network-intensive projects, such as City Center in Las Vegas, Lucas Oil Stadium and MetLife Stadium, to name a few. In addition to his responsibilities at HARMAN, Bradford serves as a co-instructor for the Syn-Aud-Con Digital training seminars as well as being an InfoComm University Adjunct Faculty Member. When he isn’t working, he can often be found behind a camera, taking photographs.