As Official Sound Partner for the New York Yankees, HARMAN adds three-time MVP to the team

STAMFORD, CT – HARMAN International Industries, Incorporated (NYSE: HAR), the premier connected technologies company for automotive, consumer and enterprise markets, today announced that MLB All-Star Alex Rodriguez (@AROD) has been named the latest Brand Ambassador for the Company's JBL® audio brand. As a member of the JBL family, Rodriguez will participate in a series of marketing initiatives, including integrated social media and content programs that will drive consumer engagement with the brand’s audio products. The collaboration with Rodriguez extends JBL’s longstanding partnership with the New York Yankees, which includes amplifying the electrifying sounds of every home game with 1,784 JBL speakers throughout Yankee Stadium. 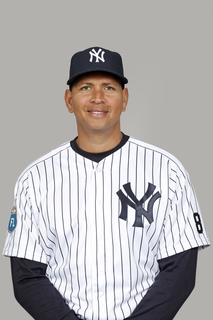 "From the time he took the field at the age of 18, to reaching his 3,000th hit as a league veteran, Alex Rodriguez has always been made for the world’s biggest stage. His legendary work ethic, relentless dedication and love for the game mirrors JBL’s passion for music and the blood, sweat and tears that musicians around the world put into making great sound,” said Ralph Santana, Chief Marketing Officer of HARMAN.  “As Rodriguez continues to inspire fans from around the world, JBL will be there to amplify the soundtrack, from pre-game workouts to the thunderous homerun cheers to post-game celebrations. We’re excited to strengthen our partnership with the Yankees and look forward to collaborating in new and innovative ways with A-Rod.”

"Whether I’m looking to amp up my workout, focus for a game, or hang out with my kids, music is my outlet,” said Rodriguez. “As a lifelong music fan, I have always appreciated high quality sound that does justice to the tunes I love. I’m excited to partner with JBL to inspire others to choose the best in sound as well wherever they are whether it’s in the car, at home or on the way to the ballpark.”  Rodriguez made his Major League Baseball debut more than 20 years ago, after being chosen as the first overall pick in the 1993 draft, and has since gone on to become widely recognized as one of the greatest baseball players of all time. Throughout his career, Rodriguez has achieved countless milestones, including becoming the youngest player in MLB history to hit 500 career home runs, earning three American League MVP Awards, and becoming a World Series champion as a Yankee in 2009. Rodriguez’s passion and determination speaks volumes at each game, exemplifying JBL’s dedication to consistently delivering exceptional performance for audio fans.