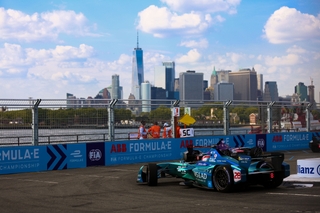 With the championship race in Brooklyn, New York over the weekend of July 14-15, Harman Kardon recently wrapped a second successful season partnering with BMW i and the MS&AD Andretti Formula E team.

The ABB FIA Formula E Championship began in 2014 with the vision of demonstrating the potential of sustainable mobility while serving as a platform to showcase the latest innovations in electric vehicle technology and alternative energy solutions. The race proved to be a hit—with a large audience of fans and substantial social media reach—and went on to become a major annual event.

Harman Kardon extended its longstanding and successful partnership with BMW by partnering with BMW i to sponsor the MS&AD Andretti Formula E team as its official headphone, speaker and audio partner for the 2017 - 2018 season. Known around the world for premium sound and a sophisticated aesthetic, Harman Kardon products feature an environmentally friendly design based on lightweight, energy-efficient materials that are built for longer life. In cars, our GreenEdge™ technology ensures energy savings while providing the exhilarating listening experience for which Harman Kardon is known. By taking part in Formula E, HARMAN demonstrates its commitment to driving the development of technology that will be beneficial to our planet, while spreading the sound of the future around the world. 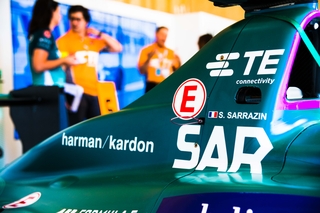 MS&AD Andretti is a founding team of the world’s first full-electric street racing series and is led by racing legend, Michael Andretti. As BMW’s premium audio solutions partner for models including BMW i3 and i8, the Harman Kardon partnership with BMW i and MS&AD Andretti brings a strong innovation mindset and forward-thinking approach to Formula E, fitting right in the ethos of the BMW i and MS&AD Andretti team – their passion, their drive for the ultimate performance, and of course, their love of great audio quality.

Music plays a big role in the pre-race routine of the drivers; in fact, the team created race day playlists, curating a unique soundscape matched to the energy and locale of each race in the season. These tunes are broadcast through Harman Kardon speakers in the MS&AD Andretti garage area each race weekend throughout the season, pumping up the drivers before they hit the track. 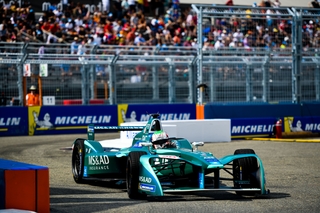 This season, 20 drivers representing 10 teams competed in 12 E-Prix races around the world, including Hong Kong, Marrakesh, Paris, Berlin, Zurich and New York. Harman Kardon hosted customers, executives and lifestyle influencers for VIP experiences at Berlin, Zurich and New York E-Prix events once again this year, offering them an exclusive behind the scenes look at the makings of a successful race team and the brand synergies behind the BMW and Harman Kardon partnership. Read more about the media/influencer program created for the Zurich race here.

The next season of the ABB FIA Formula E Championship kicks off in December 2018, debuting in the Middle East with host city, Ad Diriyah in Saudi Arabia. With a new car, new race format, new cities, new power modes and, naturally, new teams and drivers – season five will be a huge step forward in cementing Formula E’s place in the motorsports world. Learn more about the top five changes for season five here.

BMW is stepping up to field its own factory team with Andretti, which is sure to unlock even more partnership integration opportunities for Harman Kardon and HARMAN is thrilled to be along for the ride. 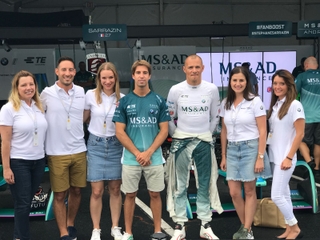 “Just like other major racing series before it, Formula E is poised to shape the future of car technology. Developments made around battery power, in-car safety and other features will eventually make their way to production vehicles in some form,” said Mathias Brand, Sr. Director, Global Marketing European Customers for Automotive Audio at HARMAN.

“By supporting MS&AD Andretti through their cooperation, and providing it with powerful technologies, tremendous innovative capacity, and state-of-the-art engineering, BMW i and Harman Kardon have become virtual team members and active contributors to the team’s success, in addition to promoting their broader passion for innovation, sustainability, and cutting-edge performance.”

Learn more about how Harman Kardon is driving the sound of the future here.